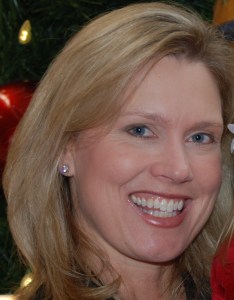 Kate is a former LPGA Tour Player who toured the world and has 2 top 10 finishes in the U.S. and 1 victory in Japan. She grew up in Minnesota and attended the University of Minnesota, where she not only received her B.S. in Business Administration and a Minor in Psychology, but also was a top 5 nationally ranked player in Division I NCAA College golf.

Kate was a top Collegiate Golfer with 7 victories and 2 Big 10 Individual Championships. Additionally, she was a top NCAA Division I three-time All-American; she accomplished scholastic success as a Division I NCAA three-time Academic All-American; and she finished in the top 5% of her Carlson School of Management class at the University of Minnesota while competing at a national level.  She consistently attained Dean’s List Honors throughout her time as a student-athlete.

In her senior year, as a University of Minnesota Golden Gopher, Kate competed for the 3rd time as an individual golfer in the Division I NCAA Championship, where she finished third in the country.

Kate was named to the All Big 10 Team for three years, and still holds many records to date from her competitive days at University of Minnesota. She was honored as the Big 10 Female Athlete of the Year her senior year.

In addition to her victories and academic excellence, Kate received the highest honor bestowed upon a Big 10 Athlete–The Big 10 Medal of Honor. This is awarded to the top male and female athlete in the Big 10 who exemplifies leadership, honor, and pride as well as demonstrating proficiency both academically and athletically.

Kate has also been Honored by being Inducted into the Minnesota Hall of Fame in her first year of eligibility.

Kate’s high school created a Hall of Fame in 2012 and Kate was unanimously chosen to be inducted into Woodbury High School’s Hall of Fame as the very first inductee.

Not only has Kate been successful on the course, she has had great success off the course as well. After Kate retired from competitive golf, she worked in Corporate America in Pharmaceuticals for 10 years. During these years, she was an Account Manager for two Fortune 500 companies, Eli Lilly and Eisai. She helped educate on multiple disease states in mental health to top decision makers, which included Chief Medical Directors. She also promoted multiple product portfolios, and consistently placed in the top 5 in the country for sales and new product launches. She received multiple awards in sales, education, and mentoring other colleagues. Her attention to detail, her work ethic, and dedication took her to the top nationally in both companies.

Kate’s experience and success enables her to provide real world expertise to the next generation of World Class golfers. She utilizes her knowledge and Mental Training Certification to assist her players in developing skills sets to optimize their playing potential into the collegiate golf arena and beyond.